A real estate agency that offers 24-hour service and promises “we never sleep” got caught.

In a video that has had hundreds of thousands of views in just four days, a prankster was filmed very late at night in front of a sign advertising Novak Properties, based in Dee Why on Sydney’s northern beaches.

The sign says very clearly: “we never sleep, 24/7”. So, taking them at their word, the man calls the 24-hour hotline number.

He and his co-conspirators filming the exhibit begin laughing at their prank as the seconds pass.

After six seconds, the man making the call says to his companions, ‘It’s f *****g sleeping for me. They sleep.’

He and his companions, who may or may not have had an alcoholic drink or two that night, are still laughing at how the gag is going.

But at 14 seconds, to their surprise, the phone picks up. “F**k,” the prankster says when confronted with his prank not quite working out as expected.

Never mind that most of us would love to have a call from a real estate agent – ​​or any business – switch to a real person rather than a machine in 14 seconds.

But the prank must continue and he regains his composure. “Sorry, were you sleeping?” he asks the unfortunate real estate agent who provided the hotline that night.

“Oh, you were sleeping, because the sign says ‘we never sleep’,” the gag said. 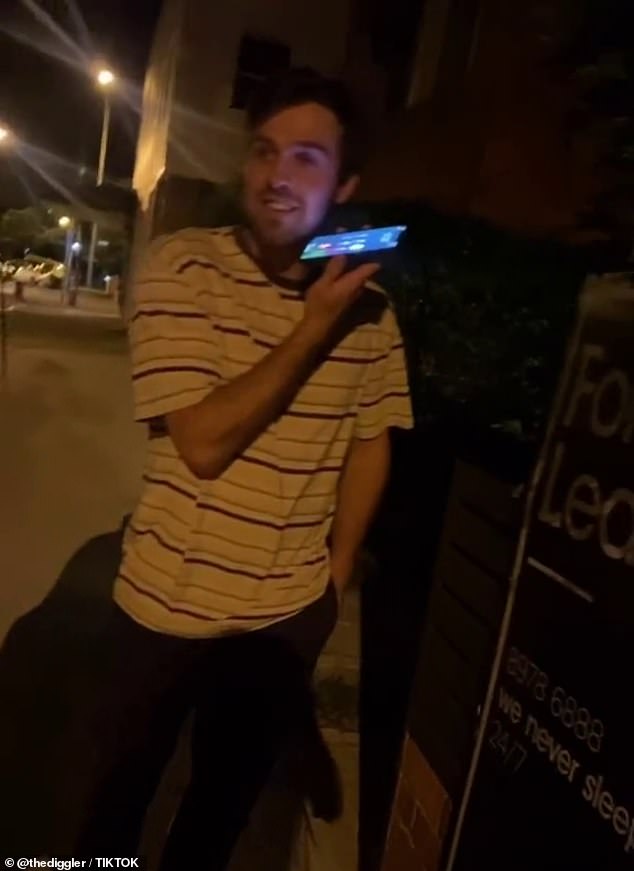 ‘Who is it?’ answered the man, who must now rethink his career and his life choices.

The prankster mumbles something incomprehensible in an attempt to disguise who he is, though posting the video on TikTok removes the air of mystery about your identity somewhat.

He continues the joke. “I just caught you sleeping. I report to the ACC.

Daily Mail Australia called Novak Properties – at 3.10pm, not in the middle of the night – to ask how they were handling their newfound viral fame.

“We had a lot of calls, but we thought we would get more,” said one of their agents. 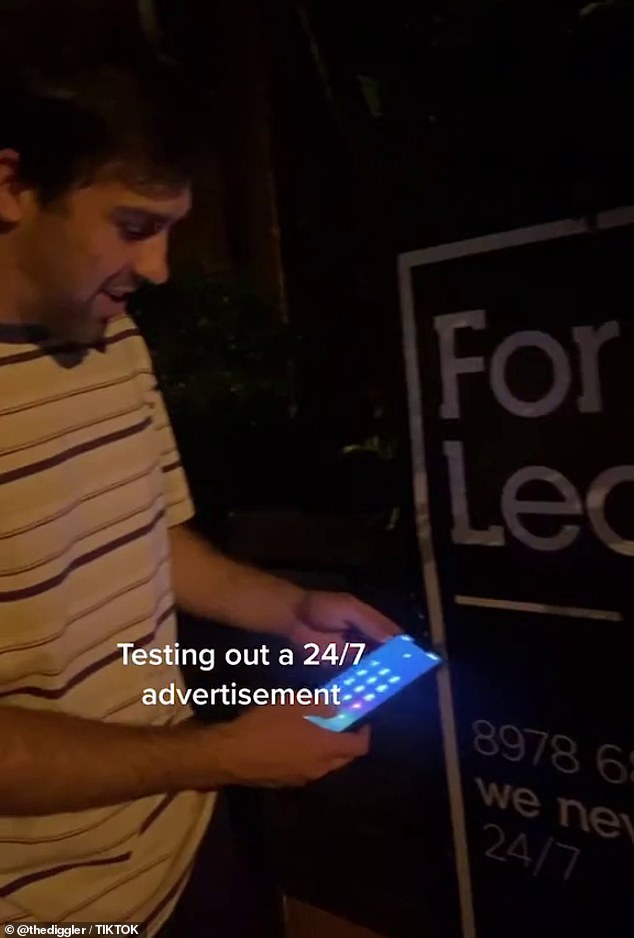 He and the agency in general take it all in good spirits. “It’s kind of funny,” he said.

Although it’s a clip of a 32-second joke, it already has over 1,600 responses, and it doesn’t seem like there’s a lot of love for real estate agents.

The kindest response might be the one that says “They’re about to spend a lot of money renaming these ads”.

Another commenter warns that pranksters must be on alert for revenge.

“The next thing you know is that a black Mercedes C-series base model with AMG wheels pulls up outside your house at 4 a.m..”

Despite graduating from some of China’s top universities, some young Chinese fear soaring housing prices in top-tier school districts. Photo: Li Hao / GT 5i5j.com, a Chinese real estate agency, said the company has always acted on the principle that “homes are for living, not for speculation,” and will continue to work on strengthening internal […]

The adoption of crypto continues to spread in the real estate industry in Europe, especially in Spain. Recently, a leading Canary Islands agency announced that it will start accepting cryptocurrency payments. The company praises the decentralized nature of Bitcoin According to Digital Seville, Piso Barato Inmobiliaria, a real estate company based in Tenerife, has activated […]

SARASOTA – Real estate firm Michael Saunders & Co. has appointed Randall Graham as its new chief marketing officer. Graham has more than 25 years of experience in traditional and digital media, according to a press release. He joins the Sarasota-based company after a 17-year tenure as vice president of marketing for The Ebby Halliday […]